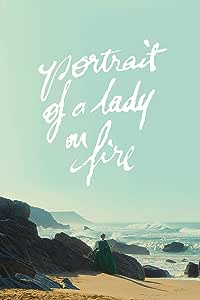 While we may not find a good time to watch the film together as a class, Portrait of a Lady on Fire is uploaded to our Sakai site under the “Video 47” tab.  If you have a chance to watch it, perhaps in sync with others from the class, please add your comments via hypothes.is here.

Ovid’s story of Orpheus and Eurdyice from the Metamorphoses is pasted below, for your reference.

Hymen, called by the voice of Orpheus, departed, and, dressed in his saffron robes, made his way through the vast skies to the Ciconian coast: but in vain. He was present at Orpheus’s marriage, true, but he did not speak the usual words, display a joyful expression, or bring good luck. The torch, too, that he held, sputtered continually, with tear-provoking fumes, and no amount of shaking contrived to light it properly. The result was worse than any omens. While the newly wedded bride, Eurydice, was walking through the grass, with a crowd of naiads as her companions, she was killed, by a bite on her ankle, from a snake, sheltering there.  When Thracian Orpheus, the poet of Rhodope, had mourned for her, greatly, in the upper world, he dared to go down to Styx, through the gate of Taenarus, also, to see if he might not move the dead.

Through the weightless throng, and the ghosts that had received proper burial, he came to Persephone, and the lord of the shadows, he who rules the joyless kingdom. Then striking the lyre-strings to accompany his words, he sang: ‘O gods of this world, placed below the earth, to which, all, who are created mortal, descend; if you allow me, and it is lawful, to set aside the fictions of idle tongues, and speak the truth, I have not come here to see dark Tartarus, nor to bind Cerberus, Medusa’s child, with his three necks, and snaky hair. My wife is the cause of my journey. A viper, she trod on, diffused its venom into her body, and robbed her of her best years. I longed to be able to accept it, and I do not say I have not tried: Love won.

He is a god well known in the world above, though I do not know if that is so here: though I imagine him to be here, as well, and if the story of that rape in ancient times is not a lie, you also were wedded by Amor. I beg you, by these fearful places, by this immense abyss, and the silence of your vast realms, reverse Eurydice’s swift death. All things are destined to be yours, and though we delay a while, sooner or later, we hasten home. Here we are all bound, this is our final abode, and you hold the longest reign over the human race. Eurydice, too, will be yours to command, when she has lived out her fair span of years, to maturity. I ask this benefit as a gift; but, if the fates refuse my wife this kindness, I am determined not to return: you can delight in both our deaths.’

The bloodless spirits wept as he spoke, accompanying his words with the music. Tantalus did not reach for the ever-retreating water: Ixion’s wheel was stilled: the vultures did not pluck at Tityus’s liver: the Belides, the daughters of Danaüs, left their water jars: and you, Sisyphus, perched there, on your rock. Then they say, for the first time, the faces of the Furies were wet with tears, won over by his song: the king of the deep, and his royal bride, could not bear to refuse his prayer, and called for Eurydice.

She was among the recent ghosts, and walked haltingly from her wound. The poet of Rhodope received her, and, at the same time, accepted this condition, that he must not turn his eyes behind him, until he emerged from the vale of Avernus, or the gift would be null and void.

They took the upward path, through the still silence, steep and dark, shadowy with dense fog, drawing near to the threshold of the upper world. Afraid she was no longer there, and eager to see her, the lover turned his eyes. In an instant she dropped back, and he, unhappy man, stretching out his arms to hold her and be held, clutched at nothing but the receding air. Dying a second time, now, there was no complaint to her husband (what, then, could she complain of, except that she had been loved?). She spoke a last ‘farewell’ that, now, scarcely reached his ears, and turned again towards that same place.

Stunned by the double loss of his wife, Orpheus was like that coward who saw Cerberus, the three-headed dog, chained by the central neck, and whose fear vanished with his nature, as stone transformed his body. Or like Olenos, and you, his Lethaea, too proud of your beauty: he wished to be charged with your crime, and seem guilty himself: once wedded hearts, you are now rocks set on moist Mount Ida.

Orpheus wished and prayed, in vain, to cross the Styx again, but the ferryman fended him off. Still, for seven days, he sat there by the shore, neglecting himself and not taking nourishment. Sorrow, troubled thought, and tears were his food. He took himself to lofty Mount Rhodope, and Haemus, swept by the winds, complaining that the gods of Erebus were cruel.

Three times the sun had ended the year, in watery Pisces, and Orpheus had abstained from the love of women, either because things ended badly for him, or because he had sworn to do so. Yet, many felt a desire to be joined with the poet, and many grieved at rejection. Indeed, he was the first of the Thracian people to transfer his love to young boys, and enjoy their brief springtime, and early flowering, this side of manhood.

While the poet of Thrace, with songs like these, drew to himself the trees, the souls of wild beasts, and the stones that followed him, see, how the frenzied Ciconian women, their breasts covered with animal skins, spy Orpheus from a hilltop, as he matches songs to the sounding strings. One of them, her hair scattered to the light breeze, called: ‘Behold, behold, this is the one who scorns us!’ and hurled her spear at the face of Apollo’s poet, as he was singing. Tipped with leaves, it marked him, without wounding. The next missile was a stone, that, thrown through the air, was itself overpowered by the harmony of voice and lyre, and fell at his feet, as though it were begging forgiveness for its mad audacity. But in fact the mindless attack mounted, without restraint, and mad fury ruled. All their missiles would have been frustrated by his song, but the huge clamour of the Berecyntian flutes of broken horn, the drums, and the breast-beating and howls of the Bacchantes, drowned the sound of the lyre. Then, finally, the stones grew red, with the blood of the poet, to whom they were deaf.

First, the innumerable birds, the snakes, and the procession of wild animals, still entranced by the voice of the singer, a mark of Orpheus’s triumph, were torn apart by the Maenads. Then they set their bloody hands on Orpheus, and gathered, like birds that spy the owl, the bird of night, wandering in the daylight, or as in the amphitheatre, on the morning of the staged events, on either side, a doomed stag, in the arena, is prey to the hounds. They rushed at the poet, and hurled their green-leaved thyrsi, made for a different use. Some threw clods of earth, some branches torn from the trees, and others flints. And so that their madness did not lack true weapons, by chance, oxen were turning the soil under the ploughshare, and, not far away from them, brawny farm workers were digging the solid earth, sweating hard to prepare it for use, who fled when they saw the throng, leaving their work tools behind. Hoes, heavy mattocks, and long rakes lay scattered through the empty fields. After catching these up, and ripping apart the oxen, that threatened them with their horns, the fierce women rushed back to kill the poet. As he stretched out his hands, speaking ineffectually for the first time ever, not affecting them in any way with his voice, the impious ones murdered him: and the spirit, breathed out through that mouth to which stones listened, and which was understood by the senses of wild creatures – O, God! – vanished down the wind.

The birds, lamenting, cried for you, Orpheus; the crowd of wild creatures; the hard flints; the trees that often gathered to your song, shedding their leaves, mourned you with bared crowns. They say the rivers, also, were swollen with their own tears, and the naiads and dryads, with dishevelled hair, put on sombre clothes. The poet’s limbs were strewn in different places: the head and the lyre you, Hebrus, received, and (a miracle!) floating in midstream, the lyre lamented mournfully; mournfully the lifeless tongue murmured; mournfully the banks echoed in reply. And now, carried onward to the sea, they left their native river-mouth and reached the shores of Lesbos, at Methymna. Here, as the head lay exposed on the alien sand, its moist hair dripping brine, a fierce snake attacked it. But at last Phoebus came, and prevented it, as it was about to bite, and turned the serpent’s gaping jaws to stone, and froze the mouth, wide open, as it was.

The ghost of Orpheus sank under the earth, and recognised all those places it had seen before; and, searching the fields of the Blessed, he found his wife again and held her eagerly in his arms. There they walk together side by side; now she goes in front, and he follows her; now he leads, and looks back as he can do, in safety now, at his Eurydice.’

Bk XI:67-84 The transformation of the Maenads

However, the god, Lyaeus, did not allow such wickedness by his followers to go unpunished. Grieved by the loss of the poet of his sacred rites, he immediately fastened down, with twisted roots, all the Thracian women who had seen the sin, since the path, that each one was on, at that moment, gripped their toes and forced the tips into the solid ground. As a bird, when it is caught in a snare, set by a cunning wild-fowler, and feels itself held, tightens the knot by its movement, beating and flapping; so each of the women, planted, stuck fast, terrified, tried uselessly to run. But the pliant roots held her, and checked her, struggling. When she looked for where her toenails, toes and feet were, she saw the wood spreading over the curve of her leg, and, trying to strike her thighs with grieving hands, she beat on oak: her breasts turned to oak: her shoulders were oak. You would have thought the jointed arms were real branches, and your thought would not have been wrong.